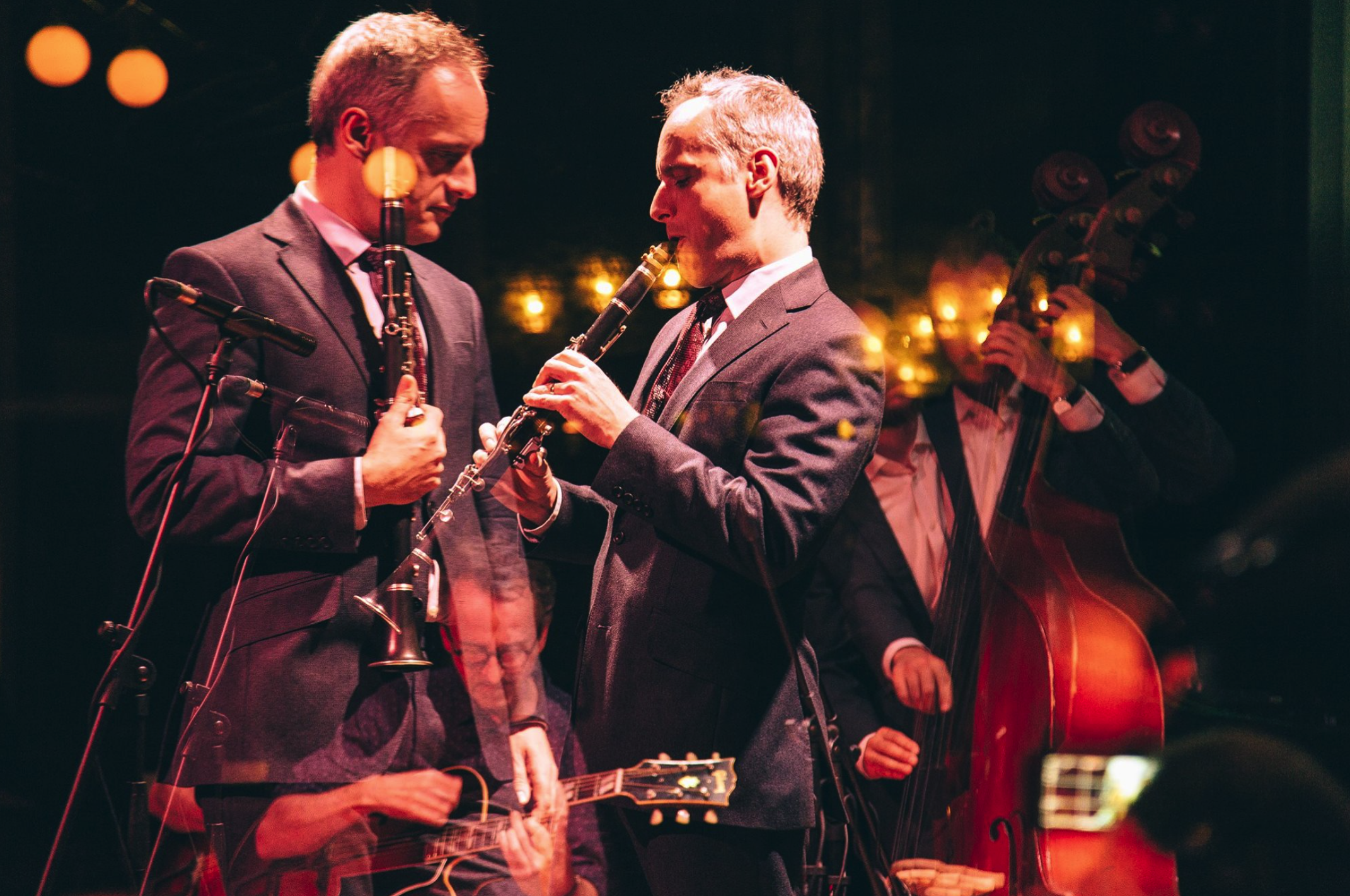 Tickets are available for online booking from 1st Nov 2021.

The Dime Notes dig back into the blues-drenched sounds of clarinet-driven 1920’s New Orleans jazz, unearthing a repertoire of stomps, blueses, and forgotten gems of the era from musicians such as Johnny Dodds, Jelly Roll Morton and Red Nichols.

The band grew out of a duo project with Chris Barber’s long-time clarinetist David Horniblow and American pianist Andrew Oliver, who arrived in London in 2013 and met David at a gig.  They got together to play some Jelly Roll Morton tunes and began a weekly residency at an east London cocktail bar, working on a repertoire of obscure 1920s tunes.

After a year or so, the duo expanded with the addition of the unstoppable pulse of London’s finest rhythm guitarist Dave Kelbie and young bassist Louis Thomas, who added a new dimension and depth to the band, which quickly became popular both at clubs and swing dances in London.

Since the release of their debut album on Lejazzetal Records in 2016, the band has toured extensively in the UK and Europe. The album received positive reviews from the press both nationally and internationally.

At this BJazz concert the pianist will be Sam Watts.