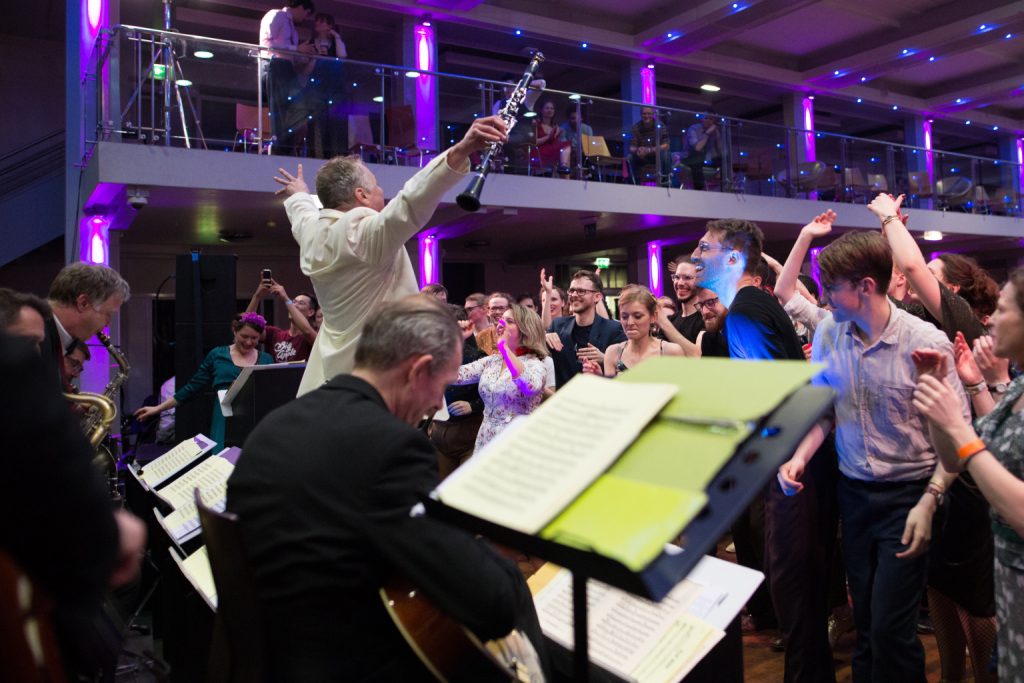 Playing swinging jazz made famous by the legendary Benny Goodman quintet in the 1940s & ‘50s. The picture shows an appreciative audience at a recent concert by Peter Long’s Quintet – we don’t normally see dancing at BJazz concerts, but who knows !

Using the classic clarinet and vibes-led quintet format, Peter Long’s Quintet will be revisiting iconic treatments of jazz standards made famous by the great Benny Goodman, and in other parts of the show, investigating the possibilities of the line-up when applied to other, later idioms.

Recently Pete’s career divided into 3 distinct streams: as an educator, working in master classes and as soloist with young musicians all over Britain, from the furthest point of West Wales to the orchestras at the Royal Academy, The Guildhall and the Royal College; as a jazz soloist, Pete has appeared with resident trios across the UK, and has often been caught at Ronnie Scott’s; it is however, as a bandleader and orchestrator that Pete spends most of his time currently, and directing the Big Band at Ronnie Scott’s alongside his own projects.

These include his award-winning repertory orchestra Echoes Of Ellington, whose 2018 album “The Jazz Planets” won the Times “Must Have Jazz CD Of The Year”. Further commissions have involved a re-imagining of Swan Lake in the style of Duke Ellington, and a transcription and re-orchestration of “The Days Of Future Passed” for the Moody Blues. In the course of this work, Pete has provided musicians and arrangements for Claire Sweeney, Jane MacDonald, Humphrey Lytlleton, Sir John Dankworth, the entire cast of Emmerdale (!) and a host of others.