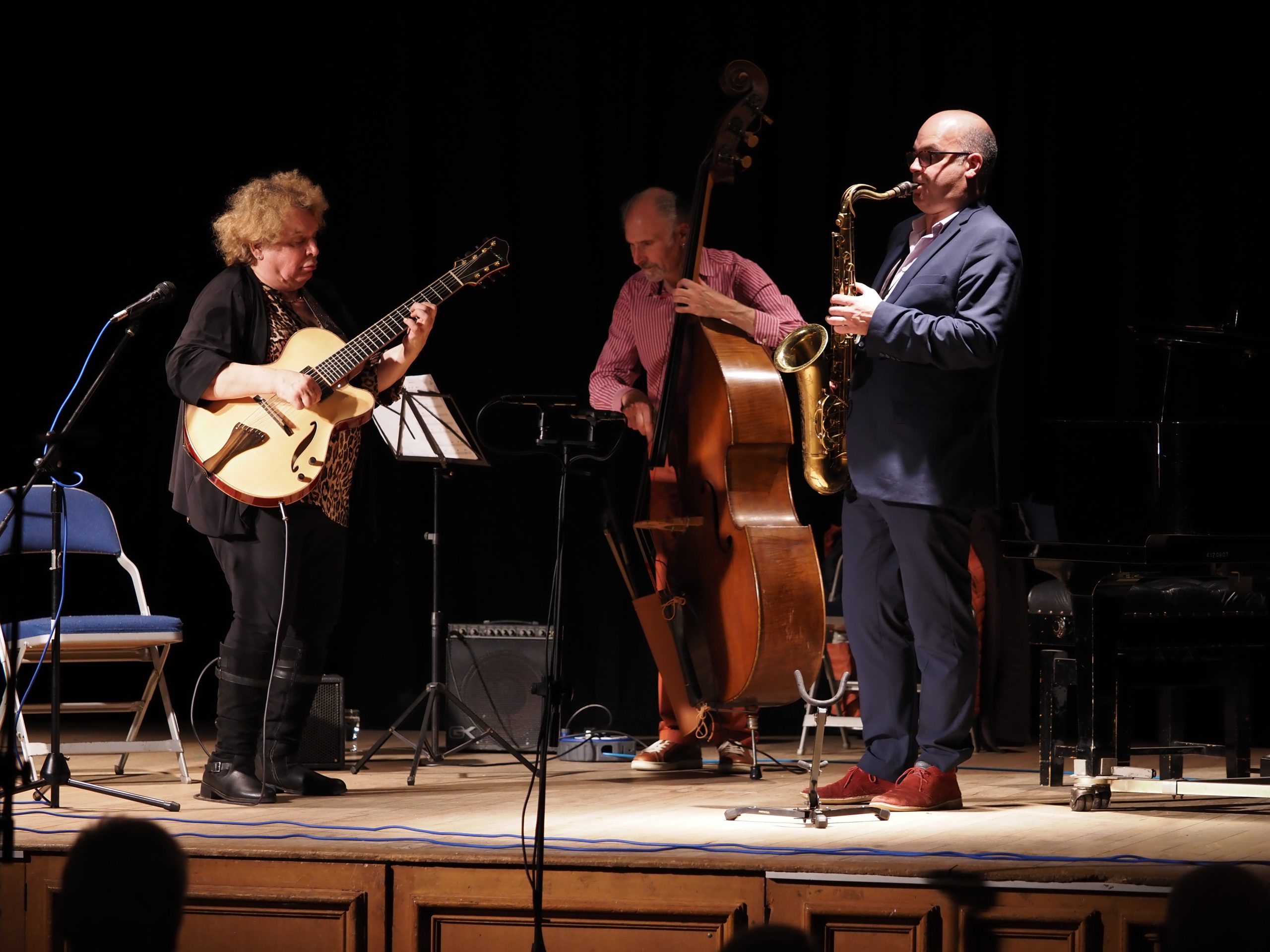 From the USA, one of the world’s leading jazz guitarists leads a trio performing a mixture of standards and originals.

Born in Newport Beach, CaliforniaHoward began playing at age ten, inspired by recordings of Armstrong, Basie and Goodman, as well as those by guitarists Barney Kessel, Charlie Christian, Django Reinhardt and George Van Eps. Soon he was working professionally around Los Angeles playing in groups ranging from traditional to mainstream to modern jazz. In 1979, Alden went east, for a summer in Atlantic City with Red Norvo, and continued to perform with him frequently for several years.

Upon moving to New York City in 1982, Alden’s skills, both as soloist and accompanist, were quickly recognized and sought-out for appearances and recordings with such artists as Joe Bushkin, Ruby Braff, Joe Williams, Warren Vache` and Woody Herman.