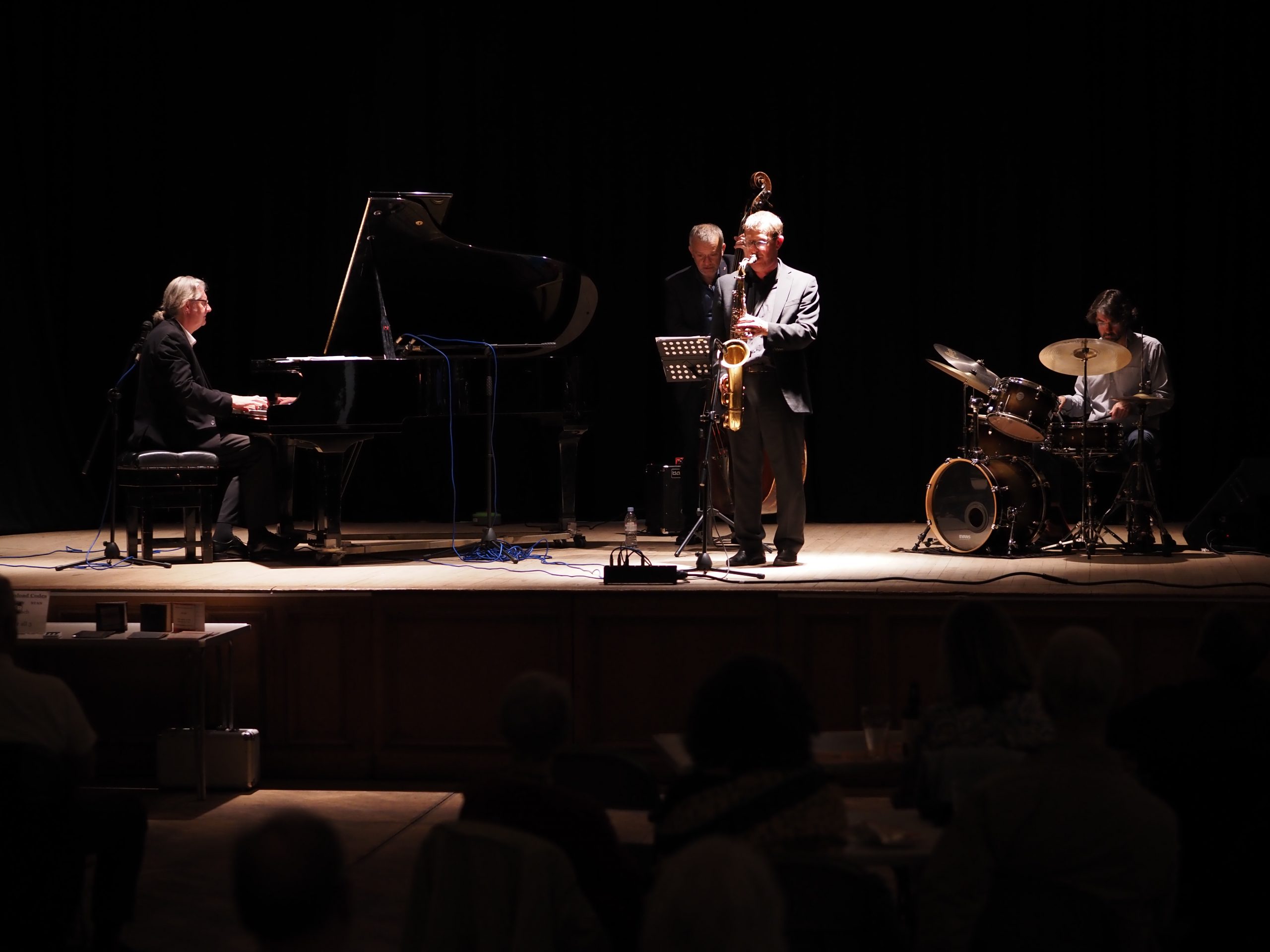 The last concert of the BJazz 2021/22 Season at the Civic Centre – the very last concert is St Peter’s Church 14th July .

Chris and his quartet perform a musical portrait of Stan Getz, one of their major projects of the last few years. See their webpage with clips:

Chris Ingham, was born in Newcastle Upon Tyne, moving to Bury St Edmunds aged 10. A composer and pianist, including music for many tv programmes. As a composer, in 2017 he provided the soundtrack for the six-part documentary series Wartime Crime for Discovery/UKTV and the Tom Odell-directed How the Beatles Changed The World for Netflix, also appearing in the latter film as a talking head. Recent soundtracks include The Rise of the Superheroes (2018), Charles Manson: Music from an Unsound Mind (2019) and Days Of Rage: The Rolling Stones’ Road To Altamont (2019). He has also written and recorded 27 soundtracks for Chrome Dreams’ rock documentary DVD series 2006-2015, many currently viewable on Amazon Prime.

He formed his jazz quartet in 2013 and has led over 150 performances of his Hoagy Carmichael, Dudley Moore and Stan Getz repertoire projects all over the UK. He is also musical director/pianist/MC of film song repertory quintet Jazz At The Movies and Rebop, a modern jazz repertory sextet.