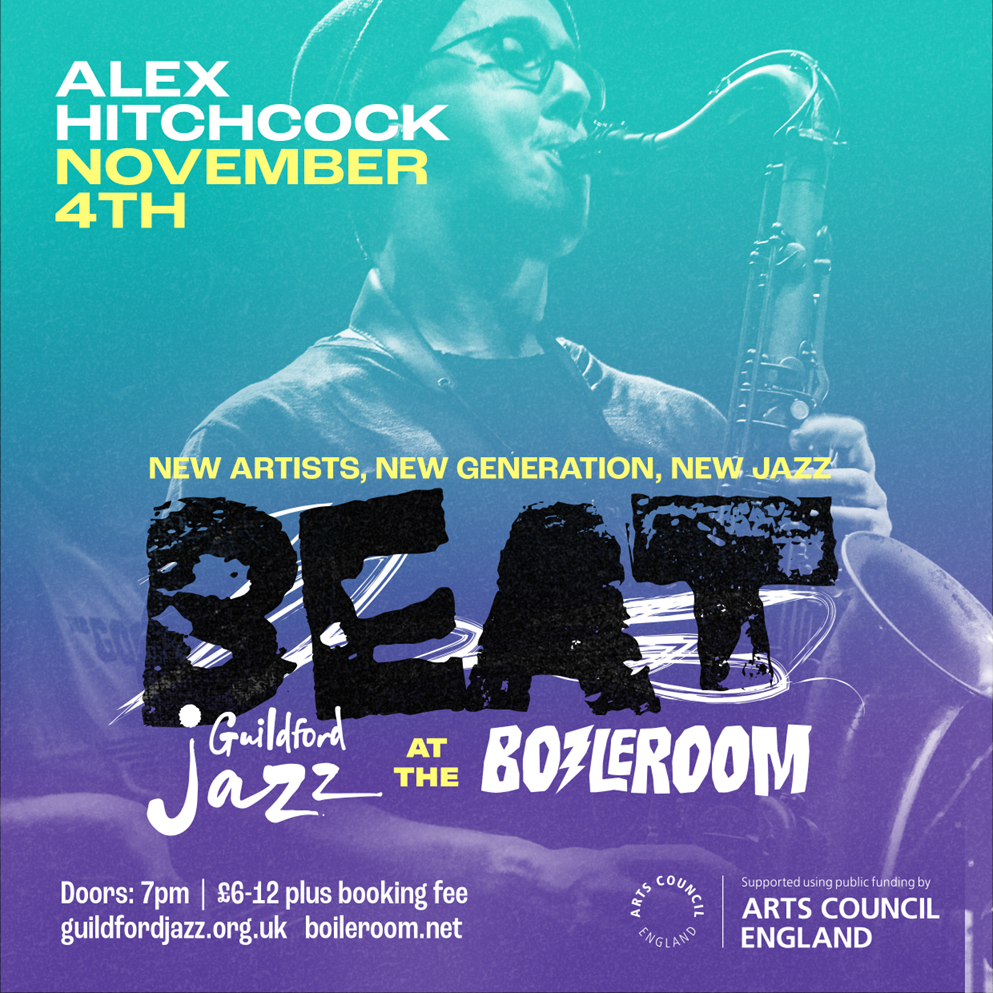 A link was included in Larry’s November email. If you do not have it and want to watch the concert please email info@bjazz.org

After successful streamed concerts at the Boileroom during 2020/21 when jazz clubs were closed, Guildford Jazz have gone on to lead an Arts Council backed initiative to support great young UK jazz artists with the “BEAT” series of streamed concerts. Free to Members of BJazz as a founding collaborator, this is the second gig in the series. Free to watch for Members but we ask you please to donate to support the artists. All donations will be passed directly to the artists.

One of the UK’s most virtuosic young jazz musicians.

‘An incredible saxophonist, with something very unique and original to say’ – Walter smith iii.

Expect to hear amazing things form a musician who has been making “cataclysmic waves in the sound of UK jazz’ – Jazzwise.

Alex’s critically acclaimed 2018 debut album was described by All About Jazz as ‘an exquisitely subtle collection of tunes… the clearest indicator to date of the stratospheric trajectory on which this super-talented quintet is indubitably heading’. His group AuB released its debut album on Edition Records in 2020.

Phil Chev is a 23 Year old multi-instrumental musician recently graduated in Music from the University of Surrey, now living in London beginning a career as a freelance musician and teacher. The Phil Chev Quintet are a collective of up and coming musicians who blend a mix of jazz, fusion, pop, funk and soul with inspirations from the likes of Chick Corea, Snarky Puppy, Tom Misch, Jacob Collier and Stevie Wonder.